Could you explain what kind of blood test Abionic offers?

As specialists in nanotechnology for diagnostic tests, we manufacture tests that use proprietary biosensors with channels of nanometric dimensions. Thanks to these nanochannels, the molecules we want to detect only travel small distances within the biosensor. We force them to interact with our immobilised capture molecules. The result is that in just two minutes you get results that are as high quality as what we’d obtain after three hours in a laboratory. In other words, we’ve developed the world’s quickest point-of-care diagnostic platform.

Which diseases can your technology diagnose, and which circulating markers does it use to do so?

Our technology detects sepsis, which develops as a result of a bacterial infection and can degenerate into fatal septic shock. It’s responsible for 11 million deaths worldwide each year – the second biggest cause of deaths globally. Every hour that passes before antibiotics are administered increases the risk of death by 8%. Many deaths could be prevented through early detection, and that’s where our blood testing device comes in.

Among other things, we measure a biomarker emitted by the pancreas (pancreatic stone protein or PSP) in five minutes. The PSP assay can detect sepsis from just a drop of blood, saving 24 to 72 hours over current methods. Our abioSCOPE diagnostic platforms are already being used for daily PSP testing in intensive care units in more than 10 countries, mainly in Europe and Asia.

What innovations is Abionic developing next?

AbioSCOPEs can already be used to measure, in five minutes, many blood parameters (iron deficiency, allergies, COVID-19 severity, etc.), again from just a drop of blood. But to complete our acute care panel solution, our CRP infection/inflammation test and D-dimer thrombosis tests are under development and will be launched soon. We’re also developing an instant saliva-based COVID-19 test that goes from sample to laboratory-quality results in less than a minute.

Between 2006 and 2010, Nicolas’s PhD research on biomolecular diffusion in nanofluidics led to several scientific publications and patents, which is the core of Abionic’s technology.

Nicolas is a member of the Board of Directors of the State Chamber of Commerce and Industry (CVCI) and owns a pilot license with aerobatic (Swiss Champion Intermediate 2020). 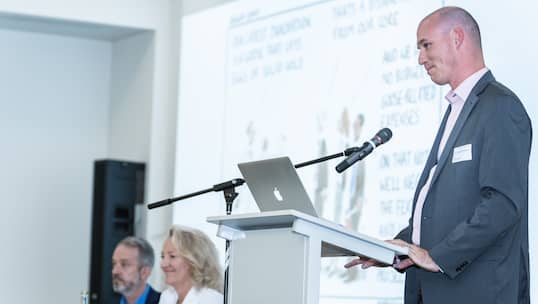