Award-winning pipetting robot DISPENCELL enables scientists to isolate single cells reliably through gentle dispensing, improving cell viability and cloning efficiency. The instrument underwent a compliance test for biosafety cabinets, certifying its use in sterile working environments. The tests were carried out by Hex Group, experts in contamination control in critical environments. David Deneuville, CTO, Co-Founder and Technical Director at HeX Group, explains what this means for the product and its users.

What does it mean for a product to be approved for use in controlled environments?

A sterile or controlled environment is one that minimises the presence of microbes to prevent contamination. Referring to the international ISO 14644 standards, a cleanroom is defined as “a room or space in which the number concentration of viable and non-viable airborne particles is controlled and classified, and which is constructed and operated in such a way as to minimize the introduction, generation, and retention of particles within the room or workspace”. Many sectors of activity rely on controlled and classified work environments, from the pharmaceutical industry and biotechnology to the health sector and food industry. Biosafety cabinets, laminar flow VFL/HFL and isolators are airborne equipment used in cleanrooms that aim to protect a product, an operator and an environment in a local way, often for the most critical environments in direct contact with the product. It’s crucial that any equipment, instrument or product brought into these sterile environments is compatible with the targeted classification in order to avoid any negative impact on their classification. The introduction of a non-compatible element in a clean room could lead to particulate, microbiological or chemical contamination, which could affect the quality of the product manufactured. This is especially critical in the cleanest aseptic environments such as Grade A/B (GMP Classification), ISO 5 (ISO Classification), critical areas or ZAR4 (Hospital Classification). If a product is approved for use in a cleanroom, it can be used without fear of contamination for the environment itself.

How did you ensure that the DISPENCELL equipment meets cleanroom requirements?

For equipment to be approved for use in cleanrooms and sterile working environments, it must go through rigorous testing by a certified company, ideally by an independent, competent laboratory specializing in the field. SEED Biosciences’ DISPENCELL was tested by HeX Group’s team of Belgium-based experts in contamination control in critical environments. HeX Group tested whether the instrument induced aeraulic disturbances or contamination in biosafety cabinets workspaces. The tests were completed in three stages: first with the environment empty, then with the DISPENCELL robot present, and finally with the robot in operation. The tests found that DISPENCELL did not affect the proper functioning and performance of the biosafety cabinets.

What does this approval mean for DISPENCELL and its users?

DISPENCELL was developed by scientists for scientists, so we know how important it is that the equipment used in a lab setting doesn’t interfere with results or put people at risk. The tests, conducted under operating conditions, assure users that DISPENCELL can be used in a biosafety cabinet without affecting its sterility and classification. This is crucial for our clients, many of whom rely on controlled pharma production environments to ensure the quality and safety of their products. But these compatibility tests don’t just give users even more confidence in the instrument. They could also enable scientists to use DISPENCELL in a greater variety of contexts – helping achieve SEED Biosciences’ goal of democratising the use of single cells in biology. 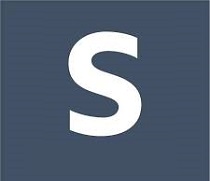