Eleven companies joined the Scale Up Vaud program in 2022: Akenes (Exoscale), CleanGreens Solutions, Distalmotion, Ligentec, MedAlliance, Metaco, Onward Medical, Technis, Unit8, Batgroup SA (Batmaid) and Vizzera (Revizto). A total of 43 Vaud-based firms are now part of the program, and together they raised more than CHF 850 million in capital in 2021. They created 800 jobs in Switzerland in 2021 and nearly 6,000 globally since they were first established.

Scale Up Vaud marked its fifth anniversary in 2021 and has already helped scores of local startups grow their business. The initiative is run by Innovaud, the innovation and investment promotion agency for Vaud Canton, and now counts 43 scale-ups. Its community of over 130 members meets regularly at events that were initially designed for CEOs but have since expanded to include specific gatherings for HR managers, CFOs, CMOs and CTOs.

To be eligible for the Scale Up Vaud program, a company must meet various criteria including 20% annual growth in headcount or revenue over the past three years. Meeting the criteria was particularly difficult in 2020 due to the pandemic-related restrictions and uncertainty; many businesses had to put a freeze on hiring, for instance. However, job offers flourished once again in 2021, and today the challenge lies in finding the right people – and that’s where Vaud’s pool of skilled graduates is a real advantage. Adrien Trecanni, the CEO of METACO, says: “We’re constantly looking for talented individuals with a background in engineering, blockchain, cryptocurrency, banking or finance. Vaud has a unique capacity to nurture skills in all these areas, which will be an important driver for our business expansion both in Switzerland and abroad.” Scale-ups are often attractive places to work: the ones in Vaud created 800 jobs in Switzerland in 2021 and nearly 6,000 jobs globally since the firms were first established.

A record in investment in 2021

Other highlights from 2021 include Eaton’s acquisition of the scale-up Green Motion in March, giving Green Motion’s founders an excellent exit opportunity, as well as the IPOs of Astrocast (Euronext Growth Oslo), Sophia Genetics (Nasdaq) and Onward Medical (Euronext Brussels and Amsterdam).

“It's a privilege to be part of Vaud's vibrant innovation ecosystem,” says Dave Marver, the CEO of ONWARD Medical. “Following our successful IPO in 2021, we now plan to scale our operations and bring our therapies to market, improving the lives of people with spinal cord injury.”

These achievements reflect the versatile nature of Vaud’s innovation ecosystem as it supports businesses in their strategies to disrupt, pivot and go global. The region’s high density of universities and R&D centers along with their effectiveness in joining forces on cross-disciplinary initiatives provides a fount of skills and resources for the scale-ups that Innovaud supports. 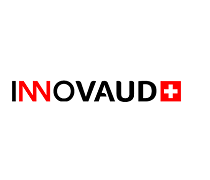