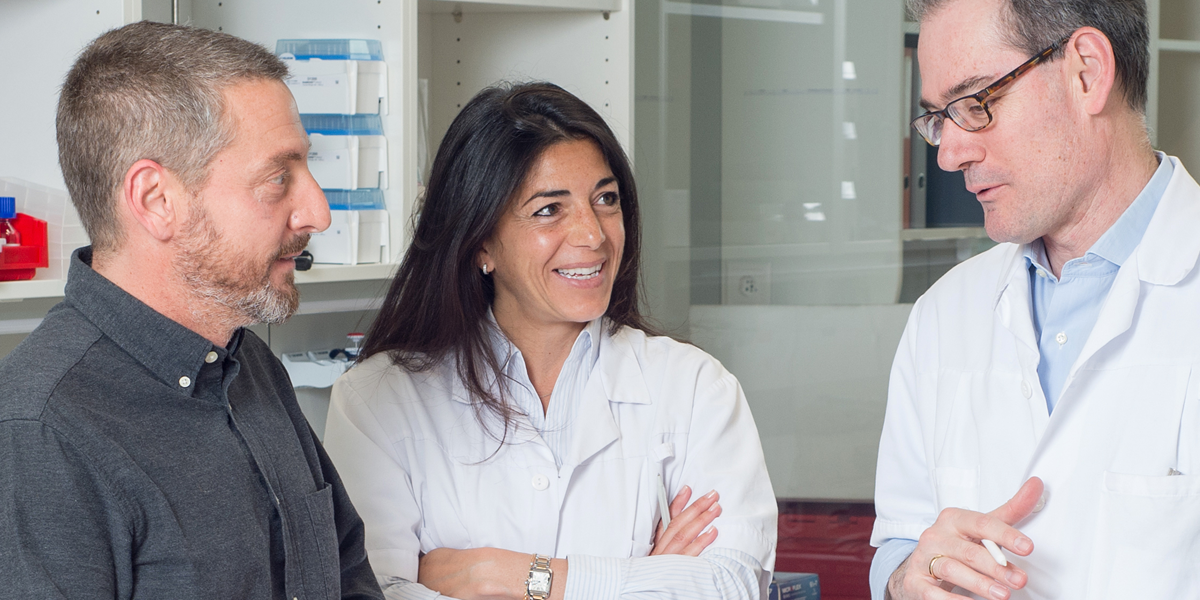 Lana Kandalaft’s scientific journey, which began in Jordan, led to an ongoing collaboration in translational medicine with a leading immuno-oncologist and their creation of a personalized cancer vaccine.

The plan was that Lana Kandalaft would get her PhD and then return to Jordan. That, at least, was what she’d told her dad, a surgeon and her role model, when she first informed him she wanted to study abroad. But as she wrapped up her doctoral studies in pharmaceutical cell biology and drug delivery in the UK in 2003, Kandalaft realized this wasn’t going to happen. She wasn’t entirely sure what she’d do next, but she was sure about a couple of things. One was that a young scientist in a hurry wasn’t likely to hurry anywhere professionally back home. The other was that whatever she wound up doing, she wanted to see her science in action. “I was so attracted to applying what I had learned,” she says, “not just doing drug delivery for the sake of delivery, but actually curing a disease.”

In 2018, Ludwig Lausanne’s Kandalaft passed a milestone on the road to realizing that dream. A study she led with George Coukos, director of the Lausanne Branch of the Ludwig Institute for Cancer Research, and her colleague there Alexandre Harari, showed that an entirely new type of personalized cancer vaccine she and Coukos developed over the course of a decade induces clinically effective immune responses in patients receiving a combination of standard therapies for recurrent and advanced ovarian cancer. Reported in Science Translational Medicine, the study revealed that the vaccine—made from a processed sample of a patients’ tumors and delivered via their own immune cells—is well tolerated and elicits therapeutically effective immune responses when delivered in combination with a pair of drugs currently used to treat ovarian cancer.