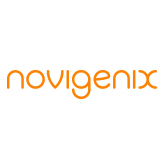 NEW YORK (GenomeWeb) – With a new CEO at its helm, Swiss molecular diagnostic firm Novigenix is developing a new version of Colox, its mRNA-based assay for early colorectal cancer detection that applies next-generation sequencing instead of RT-PCR.

The firm began a study earlier this year to validate the assay, which measures cancer-specific transcriptomic signatures in circulating immune cells, with the goal of eventually seeking regulatory approval in Europe for a commercial test.