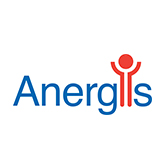 In 2016, results of a Phase IIb trial with the AllerT COP allergy vaccine published in the Journal of Allergy and Clinical Immunology [1] demonstrated the efficacy of AllerT during the natural birch pollen season immediately following a single 2-month treatment course. The new data published in this year’s August issue of the Journal of Allergy and Clinical Immunology [2]demonstrate that the efficacy of AllerT persisted during the following annual pollen season a year later without repeated treatment. Results were based on a follow-up including 196 of 240 patients that originally enrolled in the study.

Improvements in scores after the second season for both primary and secondary endpoints were over 20%, the threshold usually considered to be clinically relevant. Together with earlier evidence of immunological memory lasting for at least 4 years [3], these clinical data confirm the core concept of ultra-fast AIT, i.e. eliciting a persistent benefit by administering a single treatment course with a COP allergy vaccine.

For optimized clinical efficacy and tolerability, Anergis now has initiated a new preclinical research program to design the next generation of COP allergy vaccines. Second-generation COP allergy vaccines are designed to boost and at the same time to modulate the immunogenicity of COPs towards a more TH1 rather than TH2 immune response. As part of this program, Anergis has entered into a research collaboration with Mymetics Corporation (OTCQB:MYMX), a pioneer and leader in the research and development of virosome-based vaccines.

Research to identify the most suitable formulation has already started, with initial results expected in Q1/2019. Subsequently, Anergis aims to proceed to the clinical evaluation of its second-generation COP allergy vaccines as soon as possible.