February 11th was the International Day of Women and Girls in Sciences. Biopôle celebrated this day by interviewing women members of the campus who succeeded in their scientific career.

Here is the interview with Professor Johanna Joyce, Department of Oncology, University of Lausanne and Ludwig Institute for Cancer Research, Lausanne Branch Switzerland.

What are you currently working on?

The research focus of my lab at UNIL/Ludwig is cancer biology and immunology. We are currently interrogating the complex interplay between cancer cells and different types of immune cells, blood vessels, lymphatic vessels and other cells within the tumour microenvironment. Unfortunately, these cellular interactions often promote the progression of cancer and enhance its spread to different organs in the body. The goal of our research is to use the knowledge we gain to identify novel therapies to either block this cellular communication or to develop strategies that restore the normal functions of immune cells and engage these to fight cancer.

Who is your role model in science?

One of the female role models whom I find particularly inspiring is Barbara McClintock. I first learned about her research and her story when I was an undergraduate in genetics at Trinity College Dublin. McClintock was an American geneticist who won the Nobel Prize in 1983 for discovering transposable elements – that is, the ability of special DNA sequences to move around in the genome. She was inspirational in a number of ways. McClintock made multiple landmark discoveries, some of which took decades to be recognised and appreciated. She was ignored by her male peers, who dismissed her findings for years. But she never gave up and continued to work away on her own. Her research has had a fundamental influence on much of what we understand about the mechanisms underlying inheritance, and her discoveries have had an effect on everything from genetic engineering to cancer research. She was also a scientist at a time when it wasn’t easy for a woman to pursue a career in science, and yet she was so single-minded and persistent that she prevailed. She was a true innovator in her field and is an inspiration to aspiring scientists.

What is your wish for the younger generation of girls dreaming of working in STEM?

My wish for girls and young women thinking about becoming scientists is for them to know that research can be an incredibly enriching and rewarding career. I absolutely love science, and I have done since I was a young teenager. I feel it is a joy and an immense privilege to be a scientist. Every day I am incredibly grateful that I have the opportunity with my lab to reveal new scientific secrets. I would like the younger generation to know that the journey of scientific exploration, coupled with the joy of discovery, can be one of the most intellectually stimulating and satisfying pursuits that they could find in life. I would also like them to not be discouraged if they hear that science and engineering are not careers for girls: they absolutely are! I also think it is important for girls and young women to see more female role models – professors and leaders in science, in academia, in industry, in science communication and so much more – and for them to realise that there are many different paths for them to take if they are passionate about STEM. 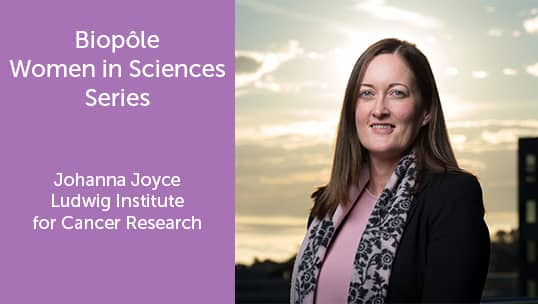