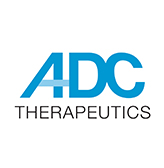 Brings total raised in the Series E round to $276 million

Lausanne, Switzerland, June 12, 2019 – ADC Therapeutics, an oncology drug discovery and development company that specializes in the development of antibody drug conjugates (ADCs), today announced that it has closed a $76 million expansion of its Series E financing, bringing the total gross proceeds raised in the Series E financing to $276 million. The financing was supported by existing and new investors. The company has raised $531 million since its inception in 2011 to advance the development of pyrrolobenzodiazepine (PBD)-based ADCs for the treatment of hematological cancer and solid tumors.

Chris Martin, PhD, Chief Executive Officer of ADC Therapeutics, said, “We are delighted to expand our Series E round, which provides us with a strong balance sheet to fund preparations for a potential Biologic License Application (BLA) for ADCT-402 (loncastuximab tesirine) in relapsed or refractory diffuse large B-cell lymphoma (DLBCL) in the second half of 2020, as well as preparations for a pivotal Phase II trial of ADCT-301 (camidanlumab tesirine) in Hodgkin lymphoma based on our recent end of Phase I meeting with the U.S. Food and Drug Administration. We look forward to our presentations on ADCT-402 and ADCT-301 at the upcoming 15th International Conference on Malignant Lymphoma (15-ICML) in Lugano, Switzerland, for which we announced details in a separate press release today.”